Adam is Conservation Officer at Magilligan and Ballykinlar Special Areas of Conservation and is a bug expert.
This ain't no beetle drive! To celebrate National Insect Week join one of our ecologists, Adam Mantell, to discover fascinating facts about beetles. Did you know there are over 2,000 species in Ireland alone!

Three days a week I’m a part-time ecologist at Ulster Wildlife.  The other two days a week I do freelance entomology (insect identification and ecology).  The variety is fantastic, and sometimes my two jobs overlap, and I find rare or interesting species while I am working.

While on Covid 19 lockdown at Ulster Wildlife, I am a bit less busy than normal and I was asked to write a blog about beetles. I wasn’t immediately sure what the lovely folk reading this blog would want to know about.  You might be interested to hear about some of the more unusual ones that I’ve found, but maybe start with a few fascinating factoids!

Here are my fascinating beetle factoids:

As part of my job at Ulster Wildlife I am lucky enough to spend time helping the Ministry of Defence look after the firing ranges at Ballykinler and Magilligan.  Over the last few years I’ve found quite a few rare and interesting beetles. Here are a few details about some of my favourites.

We’re not 100% sure what this species feeds on but as it is normally a woodland beetle it is likely to be feeding in the stands of blackthorn.

Next up is another beetle from Magilligan, going under the strange name of Lebia cruxminor.

Not only does it have a strange name, it also has strange and rather secretive habits.  It is very rare across Europe and is red-listed for protection.  The larvae of this beetle are thought to parasitise another beetle called Galeruca tanaceti.  Normally found in wet grassland in Ireland, this record is unusual in coming from much drier dune grassland, and is 100km away from the next nearest record.

The next beetle is an unusual looking thing.  It is called Cassida nobilis and belongs to the Tortoise beetle group.  The striking tortoise shape and the pair of golden lines are quite characteristic.  It lives among plants and debris along the upper part of the shore.  Its distribution in Ireland is quite specific and very limited to the County Down coast.  It seems to require sheltered inlets like those at Dundrum, Strangford and Carlingford Lough.  We believe the larvae feed on the strand-line plants like Oraches.

Northern Chafer - A Rarity in Ireland

Finally, my other favourite because of its rarity and impressive size is the northern chafer.  This beetle is very similar to the common cockchafer, but in Britain and Ireland it is only found on exposed coastal northern and western areas with light sandy soils.

As light sandy soils are a rarity in Ireland, so is this beetle!  Until 2016 this beetle hadn’t been seen alive in Ireland for over 100 years, until I found it at White Park Bay. subsequently I also found it at Ballykinler Training Centre.  On both occasions it was captured at light traps set out to study moths.  For any moth trappers on the western and northern coasts of Ireland this is definitely one to look out for! 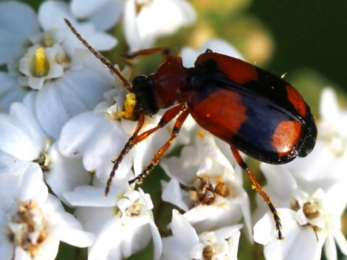 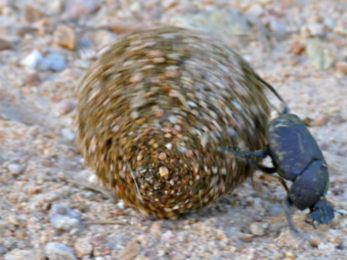 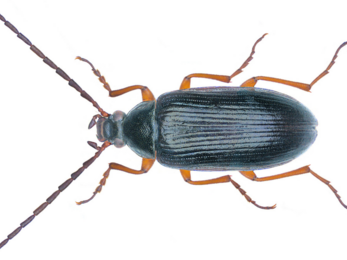 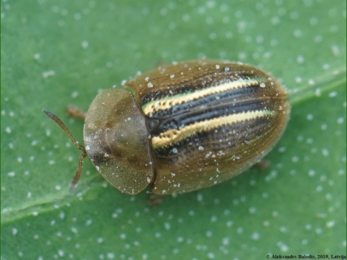 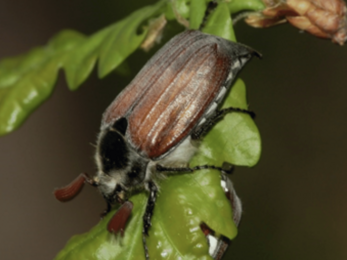 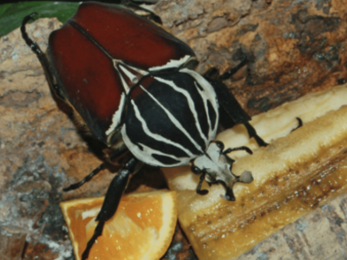 Goliath beetle feeding on fruit - By Hectonichus - Own work 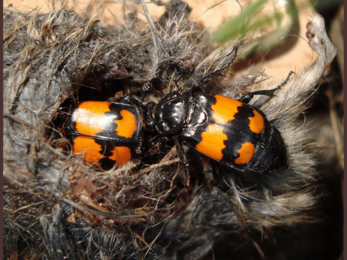 Help protect the precious wildlife and wild places you love in Northern Ireland by joining our family.

COP26: What Ulster Wildlife is planning – and how to get involved!

Hi! My name is Aoife de Bhál and I am a trainee Nature Reserves Assistant on the Our People Our Places project based at Bog Meadows…

You don't need a masterplan to welcome nature into your garden, you just need to be open to trying something new and enjoying the…