Annexes to the Strategy

Why do red squirrels need protecting?

The red squirrel is one of our most iconic, much-loved mammals immortalised as 'squirrel nutkin' by Beatrix Potter. Seeing a flash of red for the first time is a very special moment and something that everybody should experience.

Red squirrels also play a vital role in regenerating our woodlands, burying nuts and seeds which grow into future trees that sustain a host of native woodland dwellers, such as pine martens and jays.

Sadly, these charismatic creatures are under threat from the invasive non-native grey squirrel which was introduced from North America by the Victorians. Competition from the more robust grey squirrel for food and shelter, and infection by the deadly squirrel pox virus – which greys transmit to reds - has been the main factor in the red squirrel’s decline.

Ireland is now a stronghold for the species as they are slowly recovering after years of decline. With your help, we can ensure our precious red squirrels don't disappear again.

How is Ulster Wildlife helping? 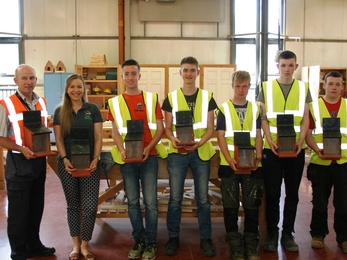 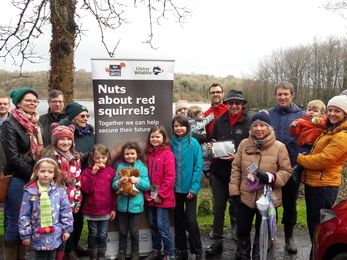 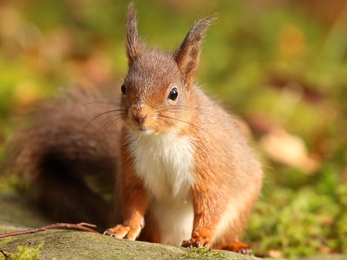 Every spring, thanks to help from our dedicated volunteers, we monitor the impact of our conservation work by surveying both red and grey squirrels across Northern Ireland. This data, in combination with sightings received from members of the public, is used to track changes in the distribution of red and grey squirrel populations and to help target our conservation efforts.

Where to see red squirrels

Find out where and how to spot red squirrels in NI.

Want to give red squirrels a helping hand in your area? Get involved with your local Red Squirrel Group (RSG). There are 14 groups in…

Seen a red or grey? Log your sighting to help with conservation efforts