Nature reserves may look completely wild, but our 19 reserves across Northern Ireland are actually carefully managed by a dedicated team. We protect, restore and create a mix of habitats where wildlife can thrive.

16 sheep were brought to the Isle of Muck for conservation grazing during the winter months.  This reduces the thick grassland vegetation which makes the habitat more favourable for our resident ground-nesting seabirds. Grazing also helps remove any potential cover for non-native invasive species, such as brown rats which prey on vulnerable seabird eggs and chicks.~ John McLaughlin 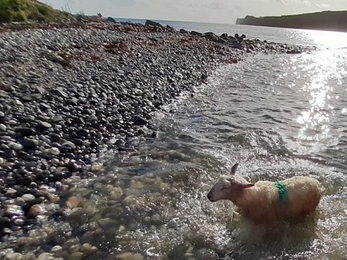 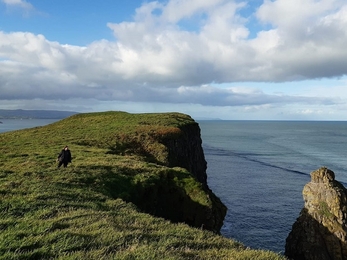 The team were treated to two snow buntings last week at Slievenacloy. Snow bunting are a regular winter visitor to Slievenacloy from the Arctic regions and are easily recognised with their striking black and white plumage.

There are also some resident snow buntings in the UK, which breed in Scotland. Sadly it's a species in peril, as Scotland's breeding bird populations are threatened by climate change ~ Andrew Crory

Fireworks and livestock don’t mix. This was just one of the many clear-ups from Slievenacloy after Halloween. No doubt the cattle and wildlife weren't too impressed ~ Ronald Surgenor

Nature reserves may look completely wild, but our 19…

Nature reserves may look completely wild, but our 19…

Where to walk on our #BigWildWalk

Help us raise funds for our great green recovery appeal by taking part in our #BigWildWalk. Here are some ideas for your walking…