Aman is a Living Seas Trainee with Ulster Wildlife.

On 18th April 2019, the Living Seas team and 9 enthusiastic volunteers made the crossing to the Copeland Islands for a very extreme beach clean!

As laughs and banter were had on the choppy voyage, we all began to notice the stunning wildlife in the area. Black guillemots and eider ducks bobbed about in flocks on the water, and several grey seals made an appearance, looking up at us curiously through the waves. Eider ducks had just begun to nest, so we made special effort to carry out the event in advance of their breeding season.

The beach clean took place on Mew Island; a small bit of land of 134,000m2. In saying that, the amount of rubbish that inhabits the place is mind-blowing! From the moment we set foot on the island, we were greeted with countless plastic bottles, food containers, fishing line, polystyrene and other random tokens of our existence! In total, 43 bags of junk were lifted, as well as 7 large items that would have filled another 5 bags - not bad for the 12 of us.

Interestingly, these little plastic soldiers kept cropping up, which we later found out used to come with yogo pops, an ice lolly that was produced over 30 years ago! It’s mind-boggling to think that something could be floating around in the sea for that amount of time, only to wash up as marine plastic for us to find so many years later!

However, amongst all the trash we found on the island, we did manage to find 4 shark egg cases! Ultimately this is a sign that despite our human impact, marine species continue to breed and populate our waters; a win for our Sea Deep project that focuses on local shark and skate conservation.

We would like to thank the Copeland Bird Observatory for giving us the opportunity to carry out this hugely successful event. CBO also calls attention to the plight of marine litter, as demonstrated by their own mini beach clean which they undertook a week later. On that day, they were greeted by four very unwelcome visitors: large plastic birthday balloons! It’s sad to think that an occasion as joyful as a birthday could have such adverse effects for the environment.

Ultimately the take home message is that it would be nice if we could be less wasteful and more responsible in how we dispose of our rubbish. I mean beach cleans are fun – but it would be great if there wasn’t a need to do them!

A massive thank you to Neighbourly for their awarded community clean-up grant which allowed this event to take place. The Ards and North Down Borough Council for helping us dispose of the litter in Donaghadee. The effort and enthusiasm displayed by the volunteers that day was second to none so they deserve a massive acknowledgement, especially for staying behind and helping us afterwards! A huge thanks also to Skipper Philip McNamara from Island Boat Charters for running us to and from the Island, as well as the accompanying rubbish bags that journeyed with us on the way back! Finally, we would like thank the Donaghadee Recycling Centre who were extremely helpful in helping us dispose of all the trash.

Special thanks to the National Heritage Lottery Fund that funds our marine trainee, Aman, as well as the land-based Nature Skills programme. Without this support, we would be unable to partake in such wonderful conservation efforts.

If you are itching to do something about the marine litter on the Copeland Islands, interested parties can contact the Ards and North Down Borough council for clean-up packs which include, litter pickers, vests, bags and gloves. 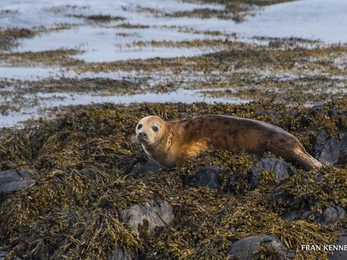 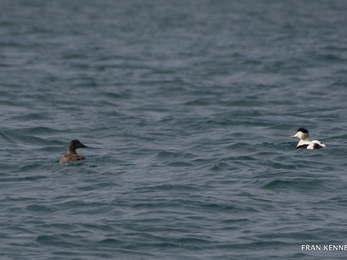 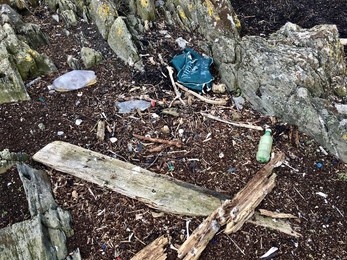 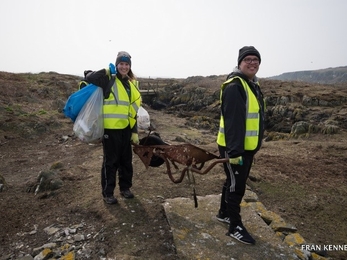 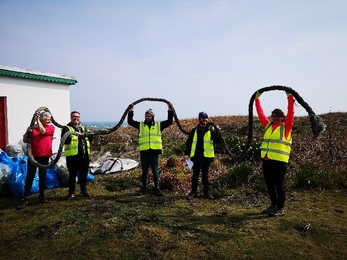 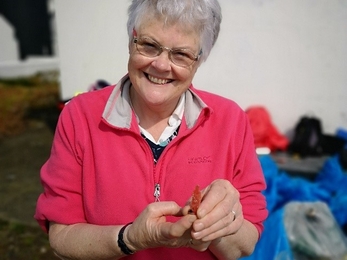 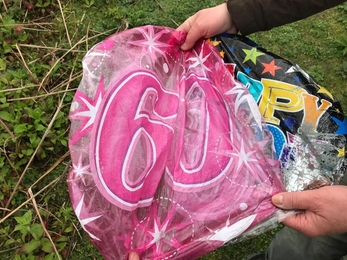 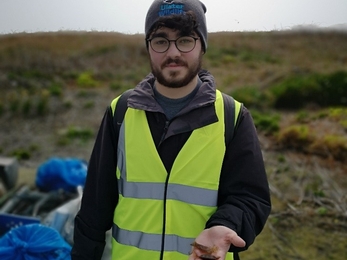 Conor and his shark egg cases 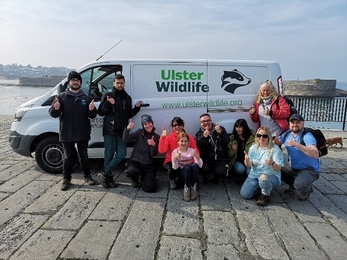 Be a marine champion!

Our placement student Naoise tells us about her experience taking part in International Coastal Clean-Up Day at Donaghadee.

Beach Clean on the Copelands

On Friday 27 April volunteers from Ulster Wildlife, the Copeland Bird Observatory and Beach Cleaners Ards and North Down boarded a boat…

On 11 April, five minutes before “kick-off” on a chilly, blustery Tuesday morning, Dave and the Living Seas trainees Emma, Claire and…